I went on the hunt to find Garrison Hill Cemetery near Kaskaskia, IL., after finding on the internet a photo of this haunting and historic cemetery. The following words from the sign on site tell the story:

“The bodies of early Illinois settlers are buried in this cemetery. They were moved here from 3 cemeteries in the Kaskaskia village. When the floods began to destroy the village in the late 1800’s, concerned residents acted to transfer the remains to a safer place. According to one account, 3,800 boxes, some containing entire families, were moved. The cemetery was dedicated in 1891. 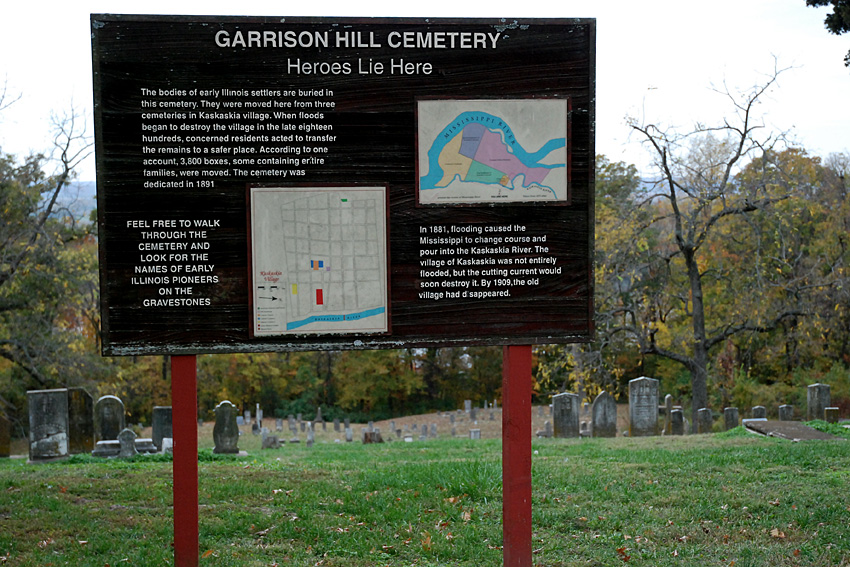 In 1881, the flooding caused the Mississippi to change course and pour into the Kaskaskia River. The village of Kaskaskia was not entirely flooded, but the cutting current would soon destroy it. By 1909, the old village had disappeared.”